Written by Sander Alsema for the 10-liner competition 2022.

That's an other fine mess you've gotten yourself into!

Having smelled the sweet scent of a rotting carcass, you accidentally

wandered into a room crowded with hungry spiders. This is definitely not an

ideal situation for a common housefly to be in.

and reach the other side unscathed. Every time you succeed in this, you

will rise one level. It takes ten levels for you to escape and win the

game. However, if a spider does manage to catch you, it's game over for

These are the controls:

Select: Welcome To My Parlour.d64 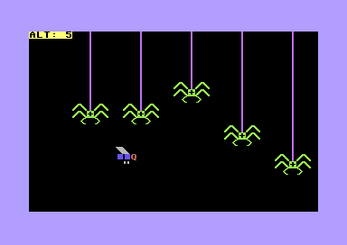 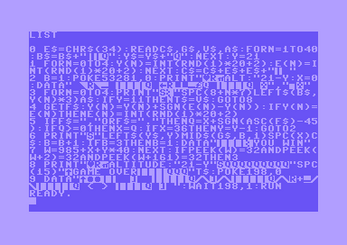